Book by Robin Lane Fox published in 2004
I try my best to write a short summary/review of the books I read, and this is one of them. I typically publish them on Goodreads, but also sync them to here.

What do you do if you need to cross a massive river, but feel short on time to let your engineers build a bridge? You stuff your army tents with hay and paddle across. This book is filled with remarkable story after another, and surely, given the scanty historical records from Alexander's time—some of it we'll have to take with a grain of salt (e.g. Alexander's supposed ancestor is Heracles).

When you're from the highlands of Macedonia with zero naval experience, capturing an important trade hub on an island could easily seem like the end of your campaign. When Alexander faced this precarious situation at Tyre in the Levant, he instructed his army to start gathering rocks from the desert and throwing them in the water until they'd have a kilometer long bridge. The locals laughing at him from their kingdom only encouraged him. Needless to say, the bridge was built and everyone was killed inside. 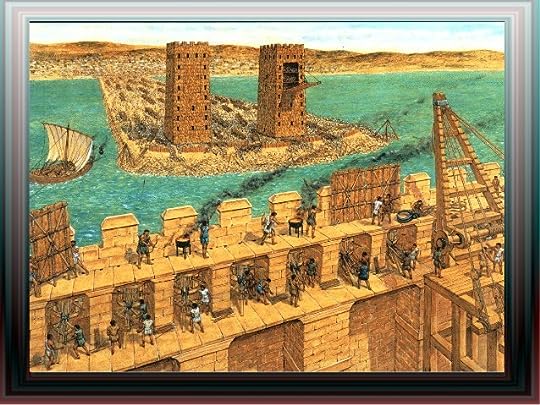 The author manages to capture Alexander's personality well. He's a power-hungry but extremely clever leader, always surprising his opponents. After years of conquest, he wants to take on India, but his army is tired. "It's only 2 weeks march away!" he proclaims, and seemingly always manages to convince his army with a speech to conquer the whole known world. In India, they find war elephants (which must have been terrifying), and tribes that eat the flesh of their dead.

I listened to this as an audiobook and frequently consulted a map to follow Alexander's journey through the Middle East. Very enjoyable.